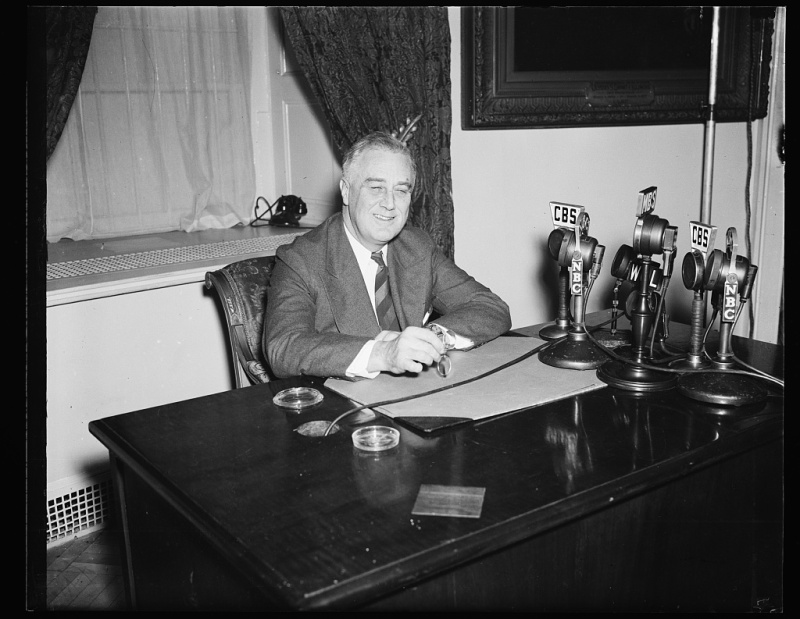 As a history teacher and all around nerd, I love bizarre stories from the past, the type of story that comes out of left field and leaves you scratching your head. This event is in my top ten list of favorite bizarre stories because it is so random and engrossing, and the event took place at arguably the most trying time in American history. There is one catch to this story though, it is impossible to say, with 100% accuracy, that it did happen, but all of the circumstantial evidence points to it taking place, with that in mind, and with a grain of salt taken, let’s dig into the strange events of December 7, 1941.

The 1930s were a terrible time for the United States and the world for that matter. The grips of the worst economic depression in modern history tightened throughout the decade, and there was little hope for many. The anger and sadness that so many felt across the world gave rise to powerful men, who promised their citizens the world and used their charisma and political savvy to gain absolute power. Men like Benito Mussolini in Italy promised his people a return to the Roman Empire and used dangerous rhetoric to push out all of his political enemies. The most dangerous and infamous dictator of the 1930s though was Germany’s, Adolf Hitler. Hitler bullied European nations throughout the late 1930s, and he quickly built a dominant empire, with his allies Japan, it looked as if Germany would soon rule over the entire world.

Japan was hungry for conquest and glory in their own right and saw the United States’ presence in the Pacific Islands chains as an insult to their empire. The United States had a military presence in Hawaii and other tiny islands throughout the Pacific, and by December of 1941, Japan had decided to attack the United States before the powerful country entered the Second World War. The surprise attack occurred on Sunday morning, December 7, 1941. Around 7 a.m. Hawaiian time, the Japanese Zeroes flew through the sky and completely decimated the United States Pacific fleet. Thousands of sailors, soldiers, airmen, and civilians were killed in the attack, and word quickly crossed the ocean to the mainland United States. Around 2 p.m. Eastern time, the President of the United States, Franklin Delano Roosevelt, received the first word of the attack.

Roosevelt was already agitated on this Sunday morning, as he was dealing with a terrible sinus infection that had kept him restless for days. Roosevelt called his Doctor, Ross T. McIntire, to the White House to help him deal with the pain. Roosevelt was sitting in his working office when word of the first wave of attacks at Pearl Harbor reached him. With a pounding headache and the weight of the nation upon him, Roosevelt begged McIntire to help him alleviate the pain. The 1940s was a time before antibiotics, so there was little a person could do to shrink the membranes in the sinus that are inflamed when infected.

It is at this point that McIntire begins to administer to Roosevelt, and where historians split on their understanding of the procedure. It was quite common for a doctor to inject a needle into the sinus cavity and flush the cavity with saline solution to attempt to clear the sinuses. It was also common for doctors in the 1940s to swab the inside of the sinuses with medicinal cocaine to shrink the membranes and give pain relief to the patient. In all likelihood, as bombs were falling on the Pacific Fleet, Franklin Delano Roosevelt was given cocaine to deal with his sinus infection. Completely legal at the time, it was still seen as a last-ditch resort because of the illegal nature of recreational cocaine use. On one of the most infamous days in American history, it seems that the President of the United States was taking cocaine throughout the ordeal.